The latest RED C Consumer Mood Monitor shows a further decline in consumer outlook for the Irish economy, following the Brexit vote. Only 48% now believe the economy will improve in the next 6 months – down from 52% in June and 61% in January. 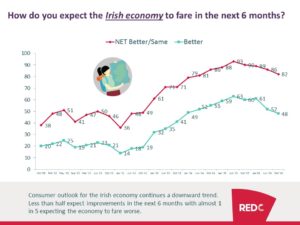 Furthermore, only 7 in 10 believe that an economic recovery is underway – this is down significantly from June. Less than half feel that the recovery has benefitted them personally. A two tier economy is evident with those living outside Leinster believing less in the economic recovery. 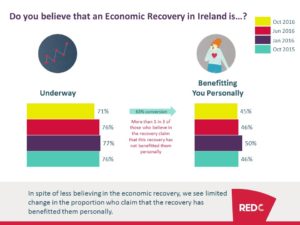 The recovery is largely seen to have no positive impact on the housing market or the social housing problems in Ireland. 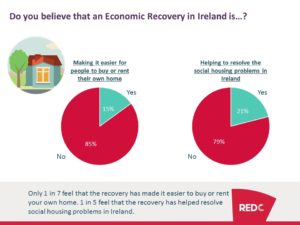