Home  ❯  Articles  ❯  The Intricacies of PR – Hope for the Government Yet

The Intricacies of PR – Hope for the Government Yet

As the saying goes, a week is a long time in Politics, and there’s no questioning that this has been a long week for those in Government, particularly those in the Labour Party. After the high point of the first definitively post-recession budget, the latest RED C Sunday Business Post poll cannot have been easy reading for those in power, with a two point increase in support for Fine Gael nullified by a three point drop in support for their junior coalition partner. So is the end nigh for the coalition or might the intricacies of the Irish election system yet save them from the opposition benches?

After the first good news budget in over 6 years, Government Ministers could be forgiven for being left bewildered when reading our latest poll, wondering why the good news had apparently fallen on deaf ears. Media outlets rightly focused on answering this question, with hypothesis’s ranging from the budget being too little too late, to it being too soon for Voters to have felt the positive impact of the budget in their daily lives. The reality is most likely a combination of both. Perceptions of what was promised on Budget day have clearly not been enough to improve public opinion towards the Government as a whole (and Labour in particular) and it is indeed too soon to tell if the reality of their implementation in January will make a difference. Regardless of the cause, while Enda Kenny’s chances of holding on to the Taoiseach’s office appear relatively on track, his outspoken desire to do so in coalition with the Labour party is beginning to seem like a more distant prospect.

However, before we write off the Labour party completely, let us not forget the intricacies of our PR-STV voting system. In order to do that, we need to understand why it is we use this system in the first place. In the United Kingdom, the first past the post electoral system elects a single MP per constituency, with the specific intention being that if a party can achieve a simple majority of the vote, they will be rewarded with an overall majority of the seats in Parliament. Hence in this year’s Westminster election, the Conservative party won 331 seats having taken just 36.9% of the total vote compared to the Labour party who won just 232 seats having taken 30.4%. This same system was used for elections here in Ireland prior to independence. The driving principle behind the adoption of the PR-STV electoral system by the new Irish state was to compensate for the perceived under-representation of minorities under the old British system. Unlike first past the post which is designed to award an overall majority to a party who can achieve a simple majority of votes, the transfer element of the PR-STV system aims to ensure that even parties that achieve only a small percentage of the overall first preference vote can get seats in Dáil Éireann.

So what does all this mean in the context of the upcoming election? After the Electoral (Amendment) (Dáil Constituencies) Act 2013, Ireland now has 40 constituencies electing between 3 and 5 TD’s depending on population, with a grand total of 158 TD’s to be elected at the next election, making 80 the magic number of seats that will be needed to form a majority Government. While PR – STV makes seat predictions extrapolated from national polls somewhat of a dark art, our most recent election in 2011 highlights a number of insights that needs to be kept in mind before we pen the Coalition’s epitaph. The results of that watershed election were as below:

Having won 113 seats of the then 165 seat Dáil, Fine Gael and Labour went on to form the largest majority Government in the state’s history. A number of key points stick out from these results with interesting implications for next years’ election

So in the context of our most recent series of polls, what does all of this tell us about the Government’s re-election chances? With regards Fine Gael, their baseline target of 60 seats often mentioned in the media seems eminently achievable, with all of our most recent polls pointing in an upward direction for that party, bringing them closer and closer to their 2011 vote share. If we take 60 seats for Fine Gael as a benchmark, this would still leave Enda Kenny needing 20 seats for an overall majority, meaning the key question is whether or not the Labour party could make up the difference?

Over the past number of months, Labour has averaged around 8% in our polls, making 10 seats a likely tally for them if the election was tomorrow, leaving the current coalition short of a majority and the Labour benches in Dáil Éireann decimated. But with Enda Kenny ruling out coalition with either Sinn Féin or Fianna Fáil and they in turn ruling out coalition with him, his options elsewhere seem limited. So what is likely to happen?

That’s where the lessons of 2011 come in, in particular the role of transfers and the importance of small percentages. Firstly, while 10 seats seems like a reasonable estimation from 8% of the national vote, transfers from Fine Gael and other first preference voters could significantly increase this, reducing the outstanding number of seats needed to break the 80 seat ceiling needed for a majority. Secondly, small percentages and in particular small parties could be the difference. With Renua and the Greens currently on 2%, and the Social Democrats on 1%, all seem set to win seats in Dáil Éireann. While all three are currently in opposition to the Coalition, the addition of a combination of one or more of these parties or other groups such as Shane Ross and the Independent Alliance could give the coalition the extra TD’s they need to form a Government.

A week is definitely a long time in politics, making the likely minimum of 3 months between now and the election an eternity. A lot can change in that time. When January pay packets arrive, the sought after post budget bounce may yet materialise for the Government, or indeed the opposite could happen with a winter of discontent around hospital waiting lists and strikes potentially undermining the recent poll gains for Fine Gael and sealing the faith of the Coalition. Only time will tell. Amidst all of this uncertainty however, one thing is certain….the race is far from over yet. 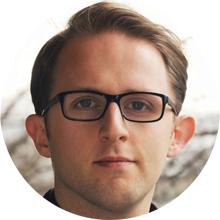