The public approval for the government’s handling of the coronavirus continues to underpin very strong party support for Fine Gael in our most recent poll, but is becoming potentially worrying for Fianna Fail in the short term.

Fine Gael sees its support remain steady this month, with small further gain to 35%, after the major boost seen in March.  The party is clearly continuing to have the public’s backing in their handling of the crisis. 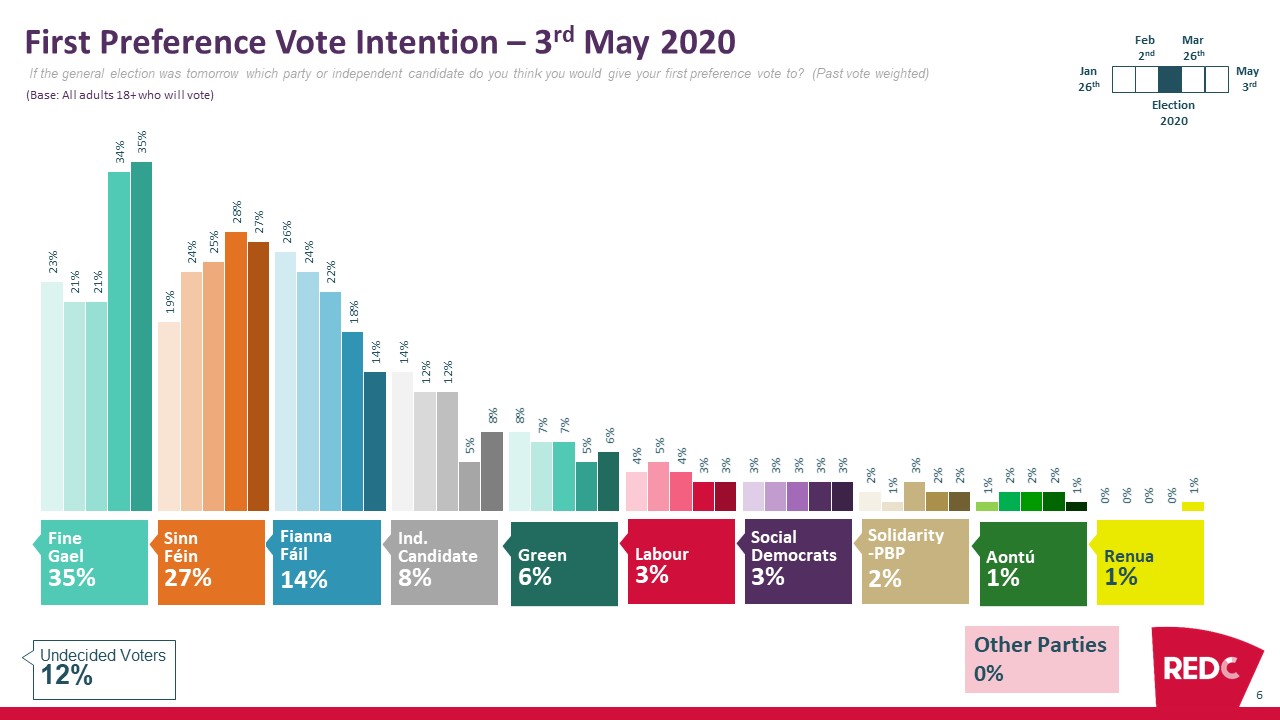 This is backed up by our separate question on the topic, which shows that 80% lean toward believing that the government has done a good job, while two thirds fully believe this to be the case.  The government backing is greatest of course among Fine Gael’s own voters, but is also very high amongst Fianna Fail supporters and those supporting the Green Party.

This might surprise those that have begun to question the governments approach to the lockdown, but for now the public are pretty sure that the approach is correct.  In fact, the majority of voters express considerable caution at this time.  Most (75%) suggest that they would be happy to see a further extension of the lockdown, as opposed to a wanting to see the lockdown lifted now.  Of course, this does mean that about 1 in 5 voters would prefer to see lifting of the lockdown at this stage, but the balance still ties in heavily with the governments approach. 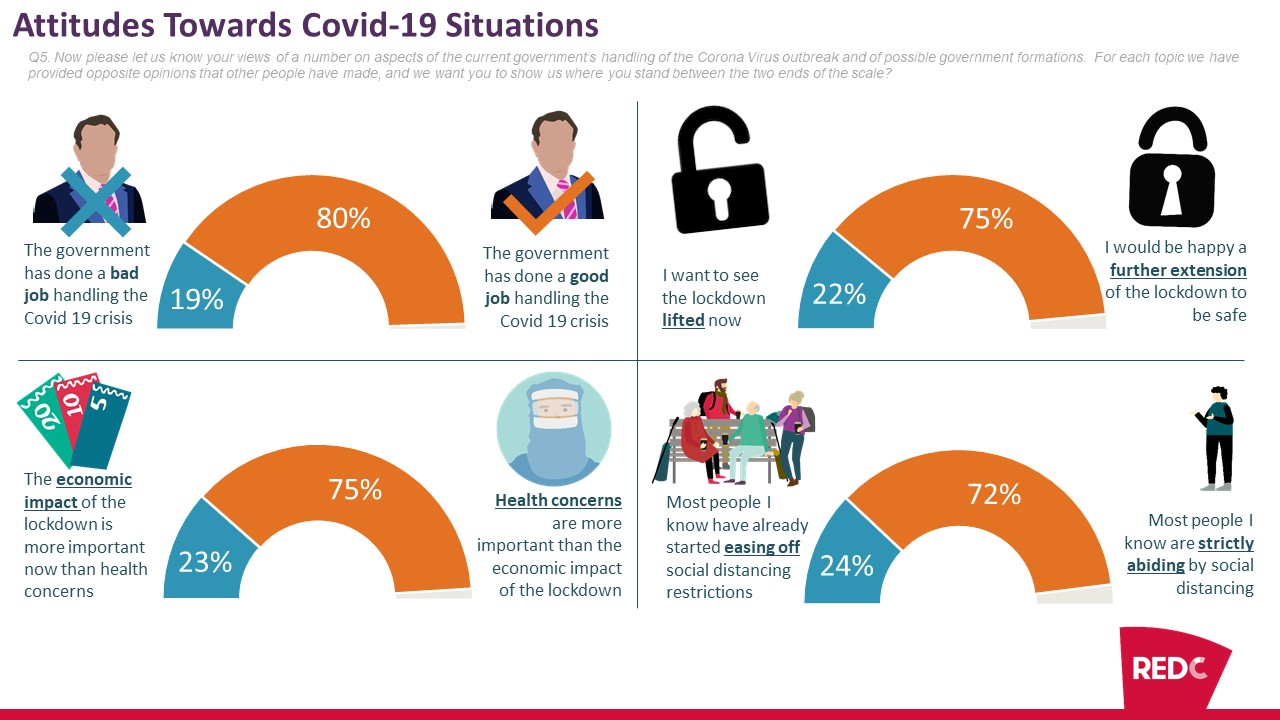 It is also clear that while many voters have been personally affected economically, the majority still believe that the health concerns of relaxing any restrictions, outweigh the economic impacts at this stage.  A third of voters are 100% sure of this, while three quarters of voter’s support health vs. economic concerns at this stage.  It’s no surprise to see that those aged 55 and over are most supportive of the health argument, but majorities in favour of health vs economy are seen across all demographic groups.

With strong backing for the actions being prescribed by the government, and of course a huge amount of airtime for those ministers involved, the party continues to retain its strong support.  The same is not the case for its potential partners in government.

The decline in support for Fianna Fail is not pretty reading for the party.  Since the highs of 26% recorded in our poll a week before the election, the party has seen support fall by 12% in just 3 months.  This leaves just 14% of all likely voters saying they would vote for Fianna Fail in today’s poll, a figure not seen since the Troika came to town.  Clearly this decline has been exaggerated by the extraordinary circumstances surrounding the coronavirus epidemic, but it will still be huge concern to the party.

A lack of airtime in comparison to the government for Fianna Fail TD’s, and the fact that past voters are so supportive of the current government on the crisis, leaves them in a difficult position.   While it seems highly unlikely that the party support will remain at this level moving forward as we come out of the crisis, the need to get into government and be seen to be doing something to help in the crisis, appears to be more important than ever.

The fact that Sinn Fein is not suffering at all to the same degree, with support for the party relatively steady at 27%, must be even more worrying for Fianna Fail.  Clearly there were some people at the general election that had moved support from Fine Gael to Sinn Fein.  But many of these voters appear to have stuck to the cause and remain behind the party led by Mary Lou.  We also see that Sinn Fein is benefiting from others continuing to move to the party since the election.

The 14% low that Fianna Fail have recorded in this poll, is in my view unlikely to be replicated in an actual election any time soon.  However, it must still be of concern to party members, that their supporters are willing to transfer votes so readily to the party they will most likely be in government with.

A warning signal perhaps for those afraid that the proposed coalition could irreparably damage one or other of those parties.